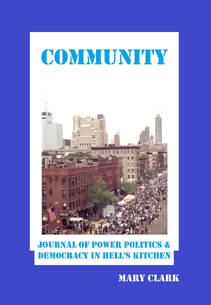 This memoir is based on diaries and documents of the time and on memory of long-past events. To the best of my ability, I tried to pare away at the interfering noise to the core facts of my conversations and the people and events described. Reflections, another part of a memoir, were contemporaneous, recorded in my diaries, and others occurred at the time of writing this book. They shed light on my states of mind and are part of the story.

​An arts coordinator at a midtown church in Manhattan’s Hell’s Kitchen neighborhood, Mary Clark began a fifteen-year journey through New York City politics. From the volatile streets to the halls of power, she experienced the triumphs and defeats of the Hell’s Kitchen community as it fought “development fever.” Her actions fed into the successes and failures of her community work, as this memoir describes in a nod to Rousseau’s The Confessions.
The AIDS epidemic was at its height. Homeless families were placed in midtown hotels, which resembled refugee camps. Crime associated with the illegal drug trade threatened one of the oldest communities in the city. Meanwhile, ambitious politicians vied for dominance behind the scenes.
During her years as a community activist, she met James R. McManus, Democratic district leader and head of the last Tammany Hall club in New York City. In a twist of irony, the “radical liberal” found with the McManus Club the opportunity to have the most productive time of her life.
There is a fire in Hell’s Kitchen, and you are invited to sit by its light and hear in its flames the prayer, the song, a cautionary tale, and an echo of love and rage. 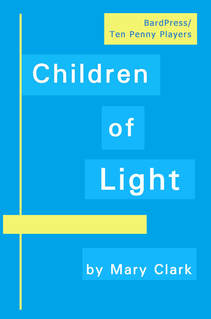 Children show the way to the next stage of spiritual and ethical evolution. Dia discovers a boy living without a home, who calls himself La-ha-ta. Together they explore the boundaries of their island, the few who befriend the boy, and discover the strength of human connection. Compassion, love, tenacity, ingenuity, and humor aid the quest for truth and freedom. This poetry-novel reveals the potential of human beings in a uniquely modern and liberating way.

"Mary Clark has brought us an achingly beautiful chain of poems that both watch and listen: the sun, the sea, the darkness, the light, the passing of time—and the people who live among them." - The Rev. Barbara Cawthorne Crafton 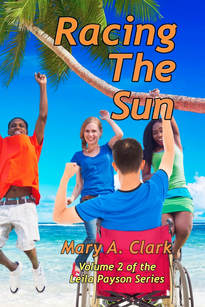 Leila and her friends are back with more adventures in Racing The Sun, a short novel and sequel to Miami Morning. Leila works to start her new group, bringing together people of varying abilities. She meets Doug, a paraplegic, who wants to design and build better wheelchairs. With Leila's support he prepares to debut his new chair at a local race.

Leila's relationship with Mark, the attractive "man with a book" evolves. With him she plans her new group, and enjoys birding in Florida's nature preserves. But he may have another love... Meanwhile, she discovers both her father and mother have secret lives. And what are those mysterious stones she finds in the local playground?

Leila’s friend Dov goes to Cuba in search of his new love, Nìco, the hunky bird guide. Cran, the father of Leila’s friend Charles, and husband of the erstwhile Berry, loves his vintage cars. After a racing accident, his life takes a different course.

Leila and Mark visit Africa where they have each worked before. Leila hopes to visit two people who greatly influenced her. And on the roads of South Africa, will she at long last see the flamingos? 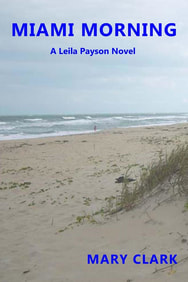 Leila Payson loves her life as a high school teacher, but she is at heart an adventurer. You’ll meet her parents, her first love, her friends, and the people who influenced her most, bringing her to the present moment when she can make decisions with maturity and courage, decisions that will affect the rest of her life. 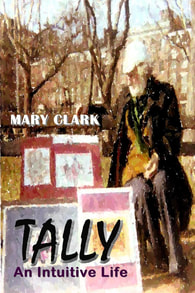 Tally: An Intuitive Life, All Things That Matter Press 2013

Called a genre-defying book by one reviewer, this story of the friendship between an aging Bohemian artist and a young aspiring poet from the suburbs, turns into an unexpected exploration of the psyche of both: their hopes, shortcomings, talents, and quest for enlightenment. There's hysteria and hallucination, longing and love, and dialogue about life, death, romance, and of course, intuition.

"It poses the interesting question..as to the extent to which life can become art, and how a life devoted to art can be sustained in the modern world." David Turnbull, Coaching Occupational Communities

Tally on Amazon﻿
Tally on BarnesandNoble 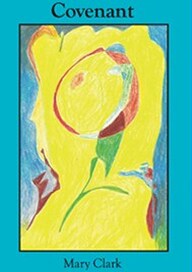 Covenant: When We Left Paradise
​
The strength of childhood friendships is tested by family dysfunction, relocation, and the changes of the 1960s. Set in semi-rural Florida, this novella takes the children through the civil rights era and the advent of rock’n’roll music. In their personal lives, they deal with a lack of stability as their families move in search of work, or for other more suspect reasons. The specters of deception and betrayal lurk beneath the surface.

The story of these four children is soothing and stark, amusing and disquieting, individualistic and altruistic as it reflects through hours, days, months and years. Mary Clark's writing is eloquent, even as she `speaks' of poverty and violence, devastation and betrayal. It is word-rich with beautiful sensory descriptions that set the scenes--the woods, the swamps, the beaches, the small town-- where the young people spend their time; a blend of raw reality and dreaminess that moves the narrative beyond the simple alliance of children to an agreement that requires them to look into their consciences and hearts. - Diane Denton, author

Covenant on Kindle
Copyright by Mary A. Clark 2021. All rights reserved.